The location of Limpokwena acts as a gateway between the wilderness of Thuli Game Reserve in Botswana and South Africa.

Due to this very unique location, there is a wide array of species that move through the property which makes our location truly wild.

Due to the very deep link between the owner of the property, Markus Jebsen who acquired the property in 2013 and his conservation roots with various projects worldwide which include numerous nature reserves and rewilding projects here in Southern Africa as well as in Romania, Australia, Denmark and the USA, the journey began to rewild Limpokwena from its varied past.

One of the first projects that was undertaken was to relocate the obtrusive government fencing which ran across the property and formed a barrier for species which historically were able to move through the land. Limpokwena reinforced the boundary fence and opened the property up to Botswana with the Limpopo River acting as the boundary between countries. This enabled the animals to move through the reserve freely for the first time in many years and one step nearer to the ambition of larger unfenced areas for animals to move through, including the elephants who over the previous years had not had access to the reserve. 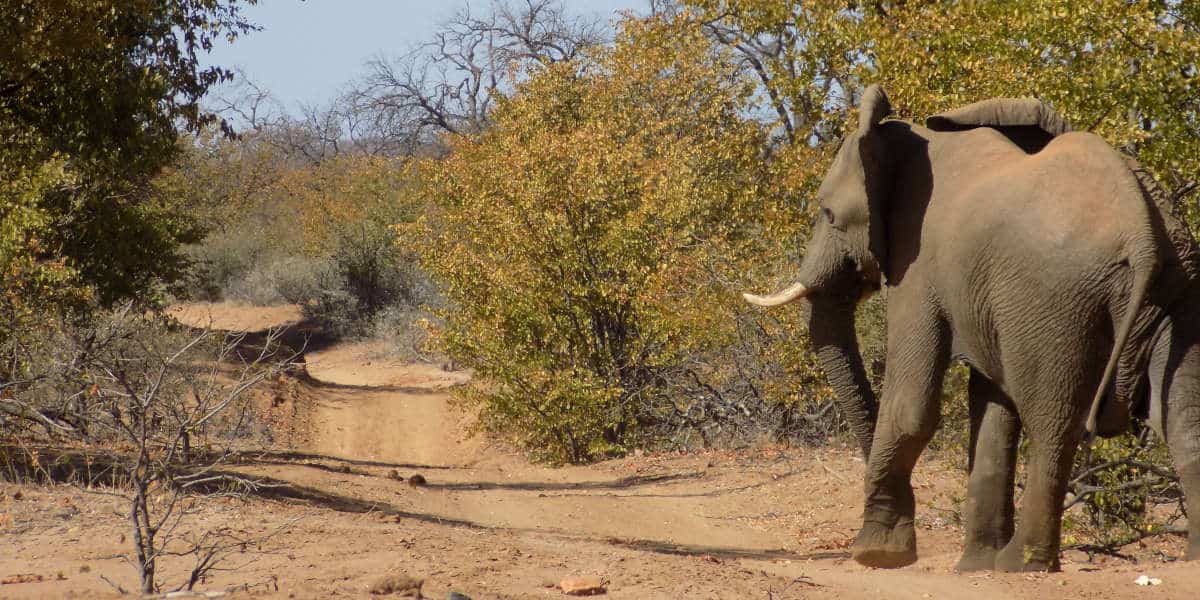 There was also an increase in predator numbers such as wild dogs, who were now freely able to move through the property with a large pack of 22 individuals sighted first, and then followed by smaller free-roaming packs throughout the last few years.

They provide a fresh gene pool to the known populations of wild dogs.
There are only between 3000-5000 wild dogs left in Africa and are extinct in 23 countries out of 39 countries.

After a pack of 11 dogs were sighted often within Limpokwena over the period of a few months,
The Endangered Wildlife Trust made the decision to collar one of the dogs for future monitoring and research.

The pack has moved a massive distance between Limpokwena, Botswana, Musina, Pont Drift and many other predator friendly farms along the way, and have successfully denned twice in the surrounding areas.

Their success rate puts them at great risk to farmers or game ranches where a large pack can kill up to two animals per day. Having open spaces and supportive landowners is crucial in their survival rate. 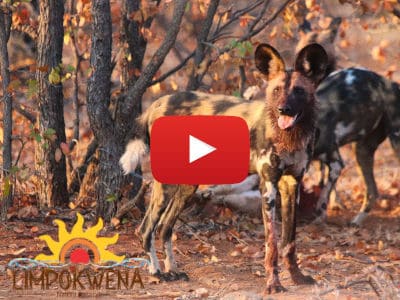 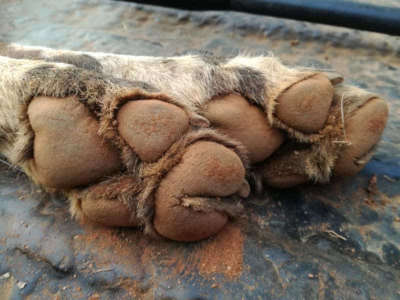 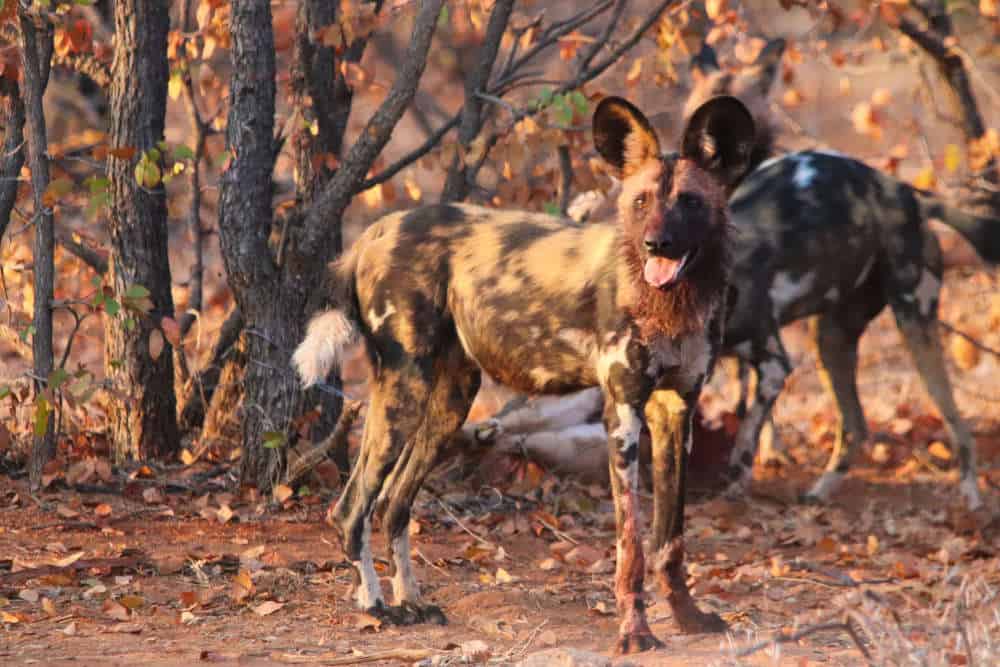 Collaring and ongoing monitoring of these predators offers so much insight and protection to these dogs as they move freely across their natural wild habitats. Limpokwena offers on the ground support with monitoring and community liaison as well as a safe environment for the dogs to rest, den and feed before they move on.

The collars are funded through generous donations made between Limpokwena and supportive neighbouring properties in order to secure the dogs future. Through funds raised, there are currently 2 sponsored collars fitted, which makes monitoring them more effective.

It’s always a pleasure having the dogs with us, and they ensure our game drives are exciting without ever really knowing what is around the corner. 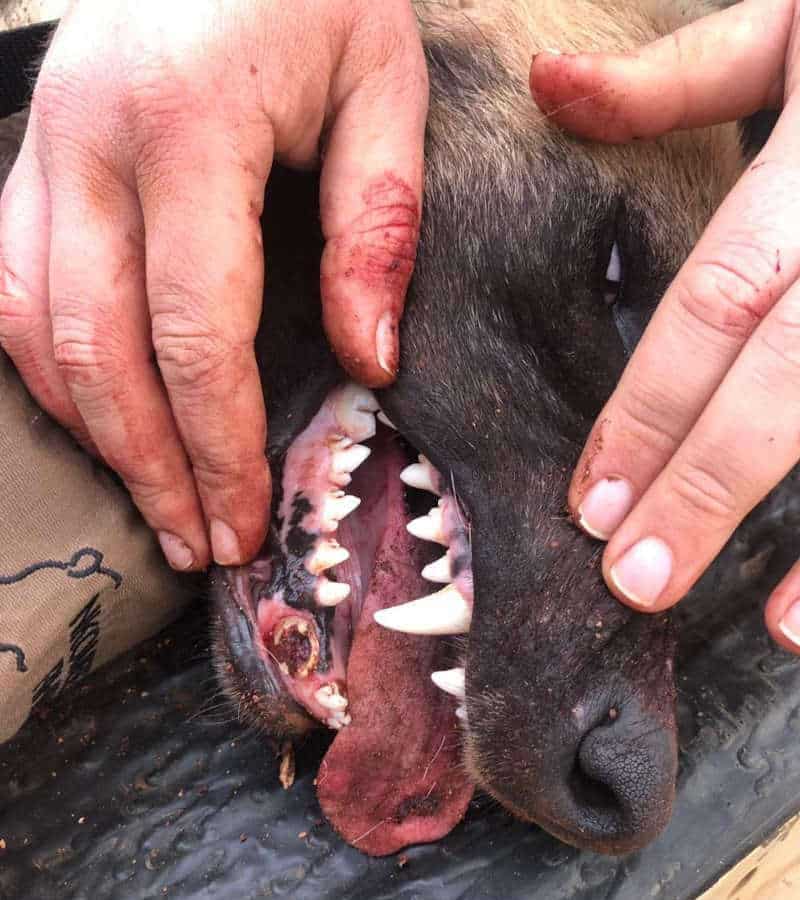 WHAT OUR GUESTS SAY

Again thanks for the weekends camping. We had a pair of Black Eagles entertaining us and the Fish Eagles were my wife's favourite. The birdlife next to the river is outstanding! Regarding the camp site itself PLEASE DON'T CHANGE ANYTHING!! From the road to the site, the site itself and the setup there are NO faults or ANY complaints to be made!! And there were a lot of game around camp and to be heard. Well done on the planning and setup of the site on the island. Powerpoints, kitchen and abolition facility is 100%. Couldn't ask for more. We visit Gonarezhou in Zimbabwe on a regular basis and this is the closest we have found to Gonarezhou in RSA, so well done. Limpokwena will definitely see us again!”

I volunteered at Limpokwena for 4 weeks, and my biggest regret was not making that 4 months- I had the best time of my life thanks to the excellent hospitality provided by Syanne and Riley, and the friendly staff who I also worked with. Syanne and Riley made me feel safe and secure, welcoming me in to make me feel a part of their lovely family for the duration of my stay. I learnt new and exciting stuff every day, and they really went the extra mile to make this happen- contacting friends at the Endangered Wildlife Trust to experience ‘a day in the life’ there, organising events which enabled me to meet other volunteers at the town nearby (Alldays) and just generally making sure I got the most out of my trip. I was lucky enough to see 4 out of the big 5, and the highlight of my trip had to be the hyena call- up at night time in the Bush. I got to experience first- hand the practicalities of game reserve management, and the difficulties that come with it- burst pipes, broken fences and wrapping trees to avoid damage from the elephants. I also had the perfect amount of free time to relax and top up my tan! I will definitely be returning as soon as I can, and I could not recommend Limpokwena more. Thanks again

We stayed for 2 nights with the kids in the family cottage - which was wonderfull. The camp with it swimming pool is highly recommended. We enjoyed the game drives and especially wonderful Riley's detailed knowledge of the the bush. a great place to calm down and take in nature.

Big thank you to Riley & Syanne for the excellent few days at Limpokwena. Accommodation clean, comfortable and serviced daily. Make sure you stock up on food and drink before arriving. The communal kitchen, dining room, lounge are big and clean with an outdoors fire place for your bbq. There are more than enough space in the fridge/ freezers provided for all your food and drink. Riley is very knowledgeable and will make every game drive an experience. Camp located in the remote bush. Take your time and enjoy the experience. If nature and quiet spaces (limited internet no 3G) are not for you the reserve will not be an enjoyable experience.

Hot temperatures, dry air and the warmest welcome we ever had in the bush. Comfortable chalet, braai ready to use, great drives and a very fresh and nice pool. Thank to our guests, we really enjoyed the accommodation, the chats with you and the staff and overall the peaceful atmosphere. Great place to discover! 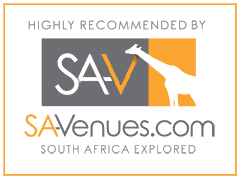 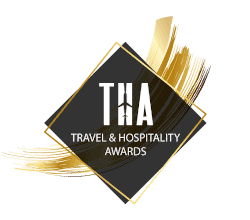